Socio-political crisis in Southern and Central Europe (including Balkans, Visegrad countries and Germany) which came about as a consequence of a mass inflow of war and climate refugees from the Middle East, as well as recent terrorist attacks on Paris, made the Middle East, especially Syrian and Iraqi territory occupied by so called Islamic State, the main focus for European foreign affairs. They also diminish the level of attention dedicated to the crisis and ‚hybrid war’ inspired by Russia in Eastern Ukraine. On the other hand, Russia’s military involvement in Syria and its support for President Assad make this country a necessary factor to be taken into account in all strategic solutions regarding ISIS and mass exodus of asylum seekers in Europe.

All these processes create an extremely complicated strategic puzzle, consisting of different regions (Donbas, Crimea, Middle East, Central Europe, and the Balkans) and often contradictory political, social, and economic interests, determining the fate of refugees, cohesion and solidarity in Europe, as well as geopolitical influences of different powers. Events in distant Syria are observed with close attention, especially in Central Europe and in the Balkans, where different dimensions of this puzzle interact and intertwine: Russian interests and involvement within their neighbour’s borders and in the middle-eastern war zone, which produces the mass outflow of people to Europe; conjunction between events there and the inflow of refugees seeking asylum; possible trade-off between the West and Russia, exchanging Western acceptance for the status quo in Ukraine and for Russia’s help for Syrian government in fighting ISIS. In Warsaw, where both the question of refugees and Russian activities in Ukraine became a matter of huge controversy (in a slightly different manner than in the Balkans or Hungary, which do not oppose Russia in Ukraine), we’re going to gather experts, commentators and civic activists involved in the Middle-Eastern, Ukrainian and Balkan affairs – to discuss and bring about ‚the big picture’ where analytical and practical experience can serve to ‚map’ an extremely vague territory in a coherent way.

Session 1
Does Russia have the Great Masterplan? Putin’s PR and geopolitics

Keynote speech: Can Putin be stopped? 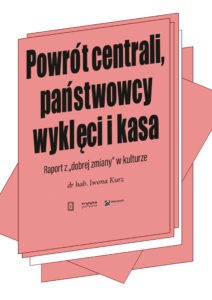 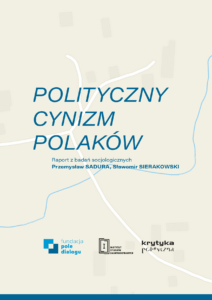